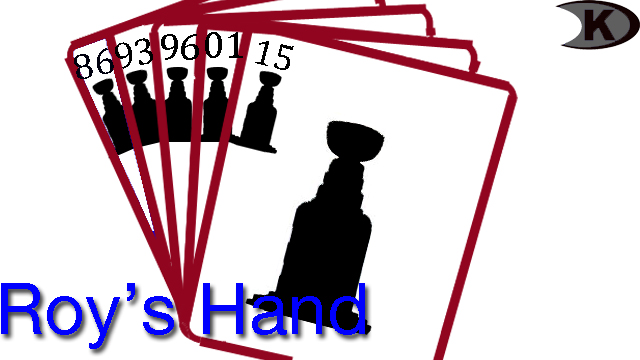 Patrick Roy’s honeymoon period ends with the first Colorado Avalanche losing streak. From there, he’s working on borrowed time. It is perhaps the biggest curse of the National Hockey League; coaches’ leashes are shorter than kids dragging their Mom’s around the mall with a tethered backpack. Success is only measured in wins and even the greatest goaltender of all time will not get a free pass from his old team.

I already documented the strengths of Patrick Roy as a coach. His ability to break the norms of a publicly reserved group, the NHL coaches, will serve the Avs as a publicity stunt and a new company policy all at the same time. Roy’s success in the playoffs for his individual accomplishments as a player is unmatched by any other NHLer. While his competitive drive is contagious, his will to win better translate to the current Avs’ players.

Avalanche Executive Vice President of Hockey Operations Joe Sakic gave Roy the same title, minus the executive, as a security blanket to promise the new coach a fair shot at turning the team around. However, both must men understand that this shield can only be so thick. The odds are that Sakic will someday have to fire Roy and that action will rewrite the team’s history books. So what does Roy need to do to keep the job?

This upward propulsion does not rest exclusively on Roy’s shoulders. Management’s personnel moves are key to the team’s success and Roy’s new title ensures that he can argue his case for certain players in order to save his job. His former agent and Avalanche mastermind Pierre Lacroix was not a model of patience. Look for the Avs to make some major moves this summer because the new management group is not going to be as satisfied with the “talent” as the former regime.

Patrick Roy is putting his legacy on the line by taking this job. While Roy spent the last ten years preparing to return to the team he retired from, the Avalanche have faded from elite to irrelevant. Former Av Defenseman Adam Foote mentioned on 104.3 the Fan yesterday that the Avalanche’s fall from grace troubled the players who built an NHL force. Both Sakic and Roy hope to resurrect the team they put their identities into. The Avalanche’s tremendous success would not have happened without Sakic and Roy; they’re hoping they can replicate this success going forward.

Is this amount of pressure fair for an NHL coach? In comparing the four major sports leagues, the NHL historically has the least coaching stability, although the NFL and NBA are trying their best to catch up. I do think that coaches have the most impact on the game in hockey. This theory will be developed more in a later post.

In hockey, a coach has to be engaged in the game at all times. With line changes occurring almost twice a minute, coaches have to be thinking ahead at all times. The personnel pairings are hard to match and recognizing chemistry is often as important as breaking it up to cause a spark. Additionally, the coach has to try and keep 20 players happy, as playing time and opportunities on special teams vary drastically. It’s a lot to manage along with keeping track of the puck.

So how long will Roy lead? Unfortunately, the Avs history of firing coaches offers no insight into his leash. Marc Crawford, Bob Hartley and Joel Quenville were all arguably let go too soon, while Tony Granato and Joe Sacco were given every opportunity to succeed. I hope that Roy is afforded every chance, but I would rather he just win and the conversation about his job status can be avoided in the future.