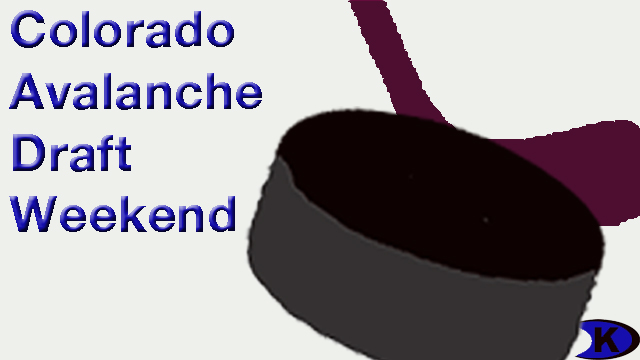 The Colorado Avalanche have the number one pick Sunday’s NHL Draft and are expected to take Nathan MacKinnon, but could still end up with another elite prospect in Jonathon Druin or Seth Jones. The organization had huge front office turnover during the off-season, and now Hall-of-Fame players Joe Sakic and Patrick Roy are running the show. Colorado looks to transform a team that finished last in the Western Conference, but how far away is this club from the upper tier of NHL teams?

The Avalanche began rebuilding after a dismal 2008-2009 season, which saw the team add Matt Duchene and Ryan O’Reilly in the following draft. The next year served as the only season since that the team has made it to the Stanley Cup Playoffs. However, the current roster is nowhere near the depleted state of that 2008-2009 team.

The Avalanche franchise is in a holding pattern.  The defense appears worse with each passing year, even after adding former first overall pick Erik Johnson. The Avs parted with Chris Stewart, Kevin Shattenkirk, Craig Anderson and T.J. Galliardi, who suffered developmental problems in the eyes of the organization. The return on the investments has never quite yielded the cost and has depleted the depth.

The newest addition, Alex Tanguay, who was traded back to the Avs this week in large part for David Jones, will fill a need at wing. Production lagged last year when Jones and Jamie McGinn were not competing at a high level. At the same time Gabe Landeskog and Steve Downie were dealing with injuries. Add P.A. Parenteau to that mix of wingers and this team will have a couple promising lines along with their center men Duchene, Paul Stastny and O’Reilly. However it should be noted that likely first pick Mackinnon, also a center, could really transform the way this Avalanche team is assembled.

On the defensive end, everything about this team needs work. Erik Johnson, Jan Hejda and Ryan Wilson are the core to the defense, but have not anchored it properly. The Avalanche have young players in Tyson Barrie, Stefan Elliott and highly regarded prospect Duncan Siemens, but they have not proven to be the wave of the future yet. That leaves a crowd of defensemen in Matt Hunwick, Greg Zanon and new acquisition Cory Sarich, but they have yielded little results so far. The hope is Adam Foote’s tutoring, in a part time role, can turn things around.

There are a host of other problems with this team. Of course, goaltending is a concern, since Semyon Varlamov did not have a great year, but it’s justifiable from perspective of the team’s horrible defense, for now. The team was ust 15% efficient on the power play and horrible at killing penalties on the road. Leadership is still an area of worry and a rebound season from Captain Landeskog would go along way toward fixing that.

I started out this article optimistic about the Avalanche’s future, but have spent too much time looking at the weaknesses. It seems fairly apparent that General Manager Greg Sherman, when left to his own devices, may have hurt this team more than helped it. However, I go back to the fact that this team has so much more potential than that depleted team at the start of the rebuild.

The positives of the team include a breakout season from Duchene and Parenteau last year, and a stretch of good games that included ending the Chicago Blackhawks streak, where the Avalanche played great hockey. With Patrick Roy as the new coach, there will be a new energy and passion at all levels of the organization. And after the draft, this team is far from done in transforming their roster. It also seems likely that at least one big name free agent will land in Colorado next fall.

One thought on “After First Pick in NHL Draft, Are the Colorado Avalanche Close to Contending?”