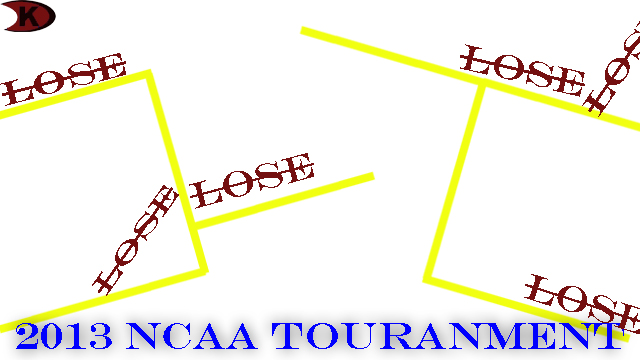 With the NCAA Tournament coming to a close this weekend, this arresting correspondent traveled through America and searched for the man with all the answers. While the odds of winning the Powerball two days in a row are better than predicting a perfect bracket, one man is keeping an 11-year perfect bracket streak alive. He also offered his thoughts on the Final Four and his projected Louisville Cardinals, Wichita State Shockers, Syracuse Orange and Michigan Wolverines.

Frank Garrison is your average American bar owner. He works long hours and is the psychologist for all of his patrons and their pets. However, Frank is known for one wall of his bar. Lining the wall under his two outdated television screens are the golden brackets of tournaments past, each without a single name scratched out.

It’s not just that Frank has the ability to pick upsets, final four teams and the champions; he has corrected written in every single tournament game winner for eleven years. He even picks the first-four games correctly. The most amazing aspect, Frank had never filled out a bracket before he started his streak.

“I’m not really a basketball guy,” said Frank, in his empty bar on Tuesday afternoon, “I am a football guy and largely ignore college basketball except for turning on the television when someone asks. Some guys gave me a bracket one year and I just filled it out.”

The odds of creating a perfect bracket are in the quadrillions making this bar owner a god among men rather than just an anomaly. Frank never sough out fortune and fame, but stuck to his bar and his regular clients. He also doesn’t like talking to pesky journalists unless they first buy a drink.

So what is Frank’s secret? Does he throw darts? Does he have a three-legged cat that meow’s teams’ fight songs? Does he flip a two-headed coin?

“Actually, I just wait until after the games are over and then fill in the bracket,” Frank said, describing his bold predicting method.

So then who do you have winning out of the Final Four Mr. Frank “Genius” Garrison?

“The games don’t happen until this weekend, ask me on Tuesday morning. I am pulling for the Shockers though because I don’t know why someone would name their team the Orange.”

“Off the Post” offers satirical sports stories. Believe at your own detrimental risk.